Colour Black & White High Contrast Text only
Text size: A A A A
Skip to content
Home » News » Line Dancing with Christine Power

Christine Power has  been doing Line Dancing classes with LinkAge in Shirehampton for three years now and has built up quite a following. She’s been a Line Dance teacher for twenty years, teaching at other venues across the city and thoroughly enjoys it but when she started all this Christine was already teaching Circle Dance. “The Line Dancing began  when I went to somebody else’s classes. The first class I went to,  which was actually a folk festival down in Exeter, the teacher there was particularly charismatic and I thought this looks good and carried on learning elsewhere, but also it was the music for me.” 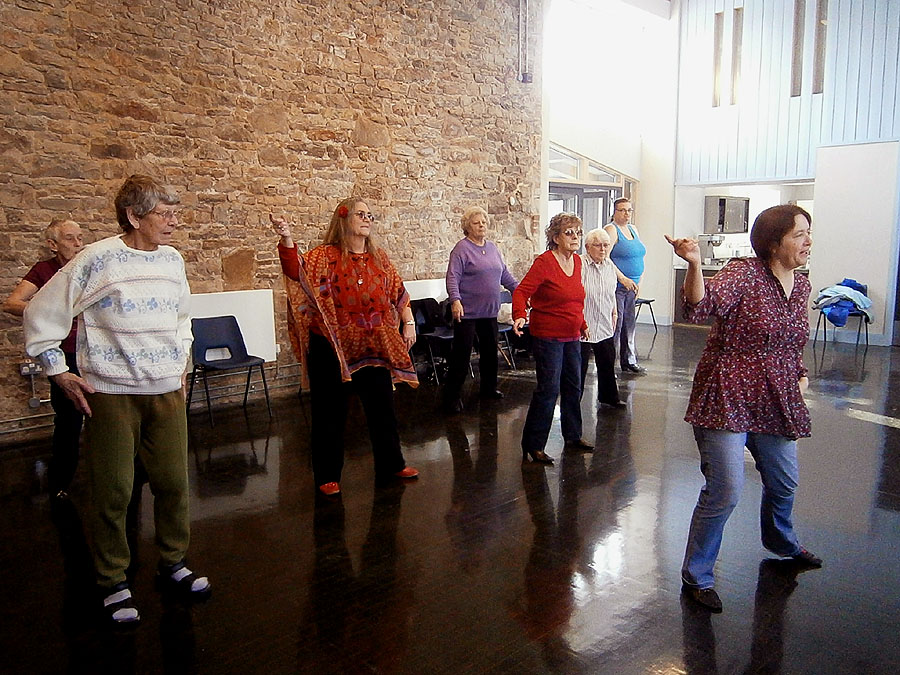 I ask Christine why she began teaching Line Dancing? “I was initially teaching circle dance which is a form of folk dancing and then I got introduced to the line dance and moved into teaching line dance as well. Some people want to go to both, but line dancing is quite accessible as a lot of people have heard of it and a lot of people think, ‘oh I’ll give it a go’. You don’t have to do anything or know anything about it before you come along. You can just try it out and give it a go.” said Christine

Does it help people’s health, sociability or if someone has depression do you think it would help them as well? “I couldn’t say I’ve done medical research on it but from what people have talked to me about; I’ve had one person in her mid 80’s who has said that line dancing gives her energy for the rest of the day. So she goes along in the morning and she’s just got a lot more energy afterwards. It’s not just the ‘exercise’ though, it’s meeting other people, it’s laughing when they make mistakes together and realising none of it matters. Everybody’s in the same boat doing the same thing. If you go along to classes each week you get to form a group based on friendship so people are more relaxed with each other, they enjoy it more as well.  It gets better and better the more people do it.”

If someone has a mobility issue and they want to join your Line Dance classes should they should they seek advice from their Doctor first? “I think it’s probably a good idea to check with the Doctor first, unless they’ve done Line Dancing in the past and then people might already be quite aware of what they’re able to do and not able to do. If they’re new it’s a good idea to double check as there are strains that can be put on certain joints but those dance moves can be adapted. I do try to notice when people have a problem with a particular dance move. Sometimes people find hip bumps difficult so you can just count at that point and then just carry on with the rest of the dance or I can show a person a slight variation of a move to make it easier to keep in time with the music, even simplify a dance move. People can always sit out of one dance to rest and then get up for the next one. The choice is theirs and they know what their body is capable of doing” says Christine 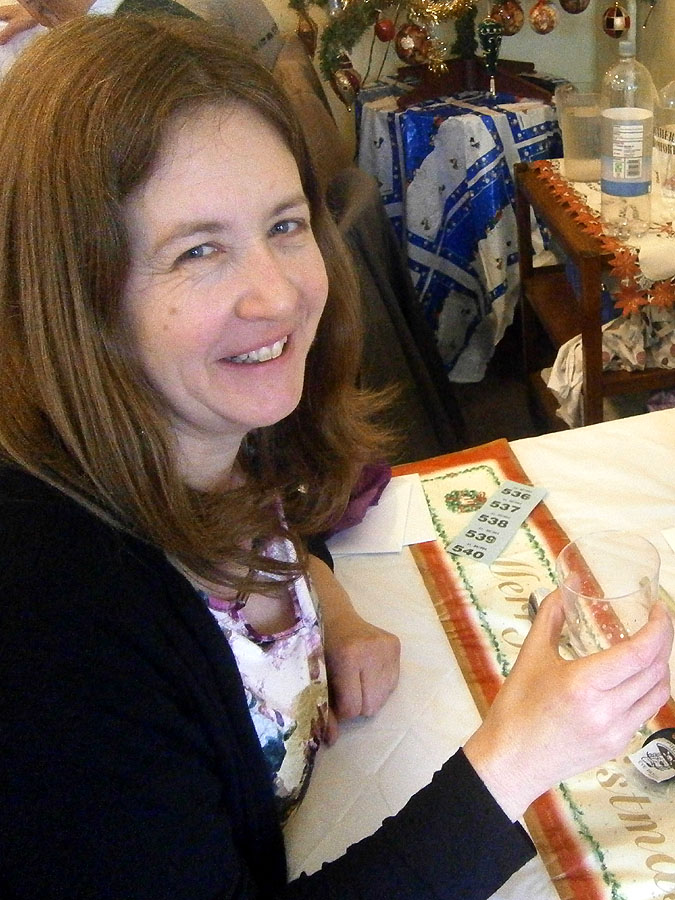 How much fun is it really Christine to do line dancing with the Linkage people? “Oh it’s a scream. It’s brilliant, there’s a good sense of humour, a really good atmosphere. As I said people get to know each other very well indeed so they can relax with each other. There’s jokes backwards and forwards but there are one or two that are a bit quieter and that’s fine. I think people have a sense of belonging too when they come along their line dancing classes with LinkAge because it’s on-going, it’s every week. If you miss one or two classes you’re still in the group, they watch out for each other. You don’t have wear cowboy clothes or boots as people seem to think. Everybody wears what they feel comfortable in. I can tell when people are enjoying dancing. You can see by the way they move that they’re really enjoying it all. My class love it and say it’s good for their mind and body and love the fun of it all”.

Line Dancing takes place at The Tithe Barn, High Street, Shirehampton every Tuesday from 2:30pm – 3:30pm. Cost is £3.00 per person. Just turn up and join in as booking is not necessary. For further information please contact Ricky Bush on 07807706310 or send an email to: rickybush@linkagewestofengland.org.uk