Thursday 7th August saw a fantastic games session kicking off at the Sea Mills Boys and Girls Club. There was a brilliant turnout of both older adults and young people. 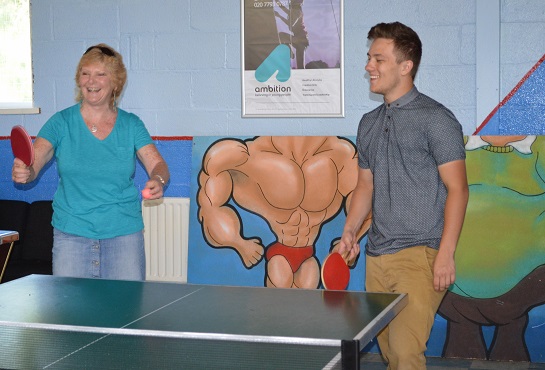 I got chatting to one older adult who reminiscenced about times spent playing badminton and ping pong in her local youth club. It was great to see how these sports had continued and others had emerged more recently. From ping pong to table football, snooker to darts, everyone got involved!

There were initial nerves from both groups but these feelings soon changed as the groups mixed and much laughter and banter was heard around the room ‘..the boys had a bit of a sulk when they lost the football. They don’t like losing when it comes to football!’ 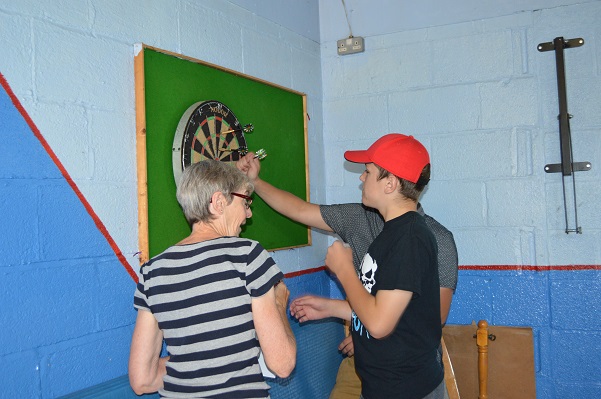 There was a real variety of abilities throughout the age groups; from newbies, to confident and the ex players! It was interesting to see the different ways in which the games could be played and great to see the active skill sharing. One older adult showed some young people how she played ping pong when she was at school and young people in turn showed how they played the game at their Youth Clubs. ‘Very very enjoyable… I thought the kids were lovely…I hope they come again’ ‘I thought it worked out very well…it’s good to see there are elderly people that are quite happy to mix with youngsters, and the youngsters with us’

The session proved a fantastic opportunity for people to meet break down some barriers, share their skills, talents and experience – and most importantly have fun!