Colour Black & White High Contrast Text only
Text size: A A A A
Skip to content
Home » News » You dont need a garden to join the Garden Club 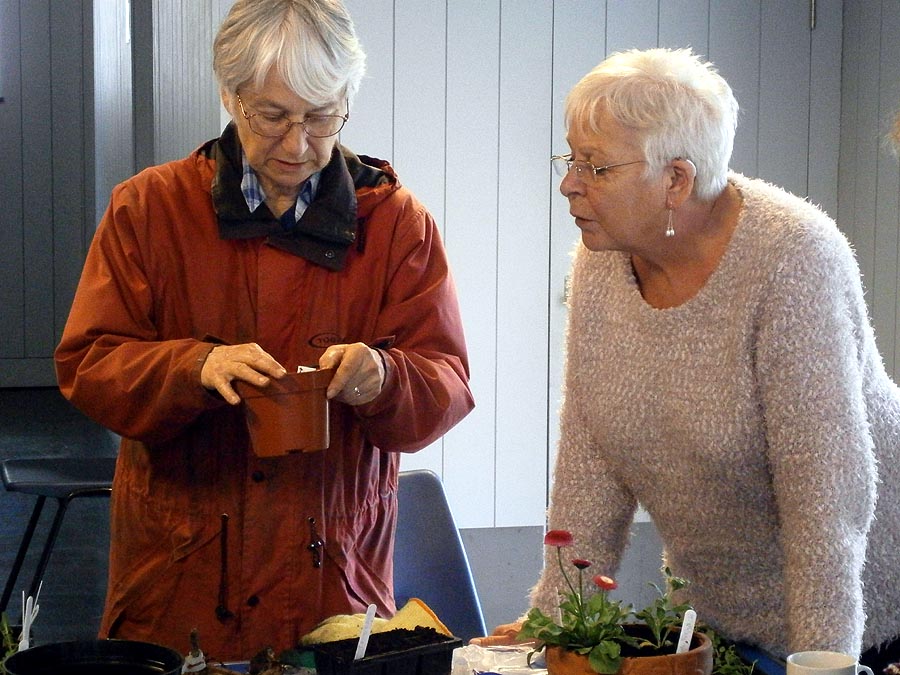 Christine Purvis has been running the Garden Club in Shirehampton since 2012. It first started at Penpole Community Centre and then moved to the Tithe Barn where it is now held once a month. Back then Chris was working for City Of Bristol College and they wanted to do some outreach classes and teamed up with LinkAge to do this. Chris retired last year but continues to volunteer for LinkAge, the Botanic Gardens and St.Georges. In fact she said “I loved the group so much I decided I wanted to continue to work with them”.

So what can people expect from the Garden Club? “Well we try and plan for the future so in the spring we’re growing on plug plants that I get cheap and we can plant them in hanging baskets or pots because you don’t actually need to have a garden to come along to the Garden Club. You can have just a balcony, a small patio, window box or window sill, it doesn’t have to be a large garden. We cater for everybody. In the later months of the summer we sow biennial seeds which we need to germinate about June to grow on and plant in September ready for the Spring show. We deal with bulbs such as daffodils as well.”

“I’m a very frugal person so we’ve had a little session where we’ve made mini cloches out of recycled plastic water bottles, the large ones which can be used to protect cuttings that we take from geraniums for example. I love giving out top tips all of which will save money such as making use of the plastic trays that hold peaches and plums and using those as seeds trays. You don’t have to have a lot of money to come to this class at all. I really like saving money and getting things for free by recycling. So that’s what we do. I’m a great upcycler and great skip diver too!”  says Christine and she starts laughing.

I ask Christine about the people who go along to the Garden Club and do they all muck into together? “They’re great fun! Some of them have more knowledge than others and are very good at helping the ones who don’t have the knowledge. The ones who are complete beginners I can say anything and they think I’m a magician, but it’s great fun. It is very much team work. There are one or two who will go out and buy lots of plants and seeds and are very happy to share them and people will then give them a donation for the costs. Another example is someone who has quite arthriticy hands who would find it quite hard to do small delicate things such as pricking out of seeds. Somebody who is quicker and have done their own batch, they will come and help someone else so there is a great camaraderie within the group.” 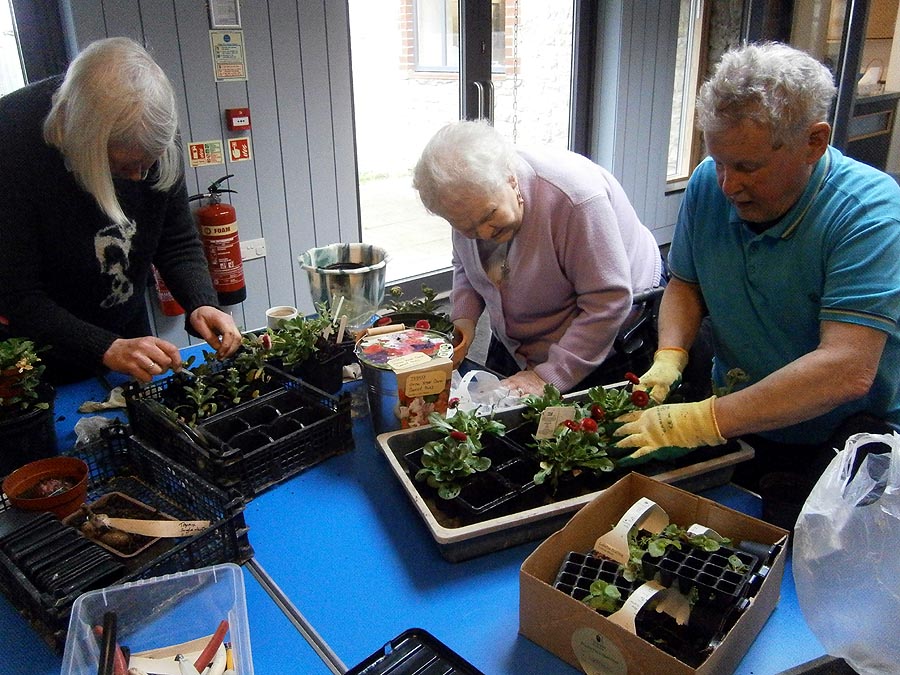 I had to ask about house plants because I can kill them off at ten paces!! Her answer made me feel a little bit better about myself. “I’m not terribly brilliant with house plants. However, I’m actually quite proud of myself because I made one orchid reflower after being told that they need a few weeks at ten degrees lower than the temperature in the summer. I put them in a cold room and they did actually flower again so I’m feeling quite proud of myself but I’m still not really keen on orchids and I’m just not very good on house plants. I forget them because I always want to be out in the garden.”

It’s not only about classes Chris. Every now and again you organise a trip out for the group? “Yes. I’m a guide at the Botanic Gardens I like to take them there at different times of year so that they can see the seasonal difference. Both times group members have said to me how much they’ve enjoyed these trips and they’ve learned something new each time. There are so many people in Bristol who don’t know anything about the Botanic Gardens. It’s been at it’s present site for ten years. In fact we’ll be celebrating this year. There will be all sorts of special events including Monty Don coming to give a lecture but we are trying to raise awareness to people in Bristol that they can come and see this place and enjoy it because it’s different every time of year.” 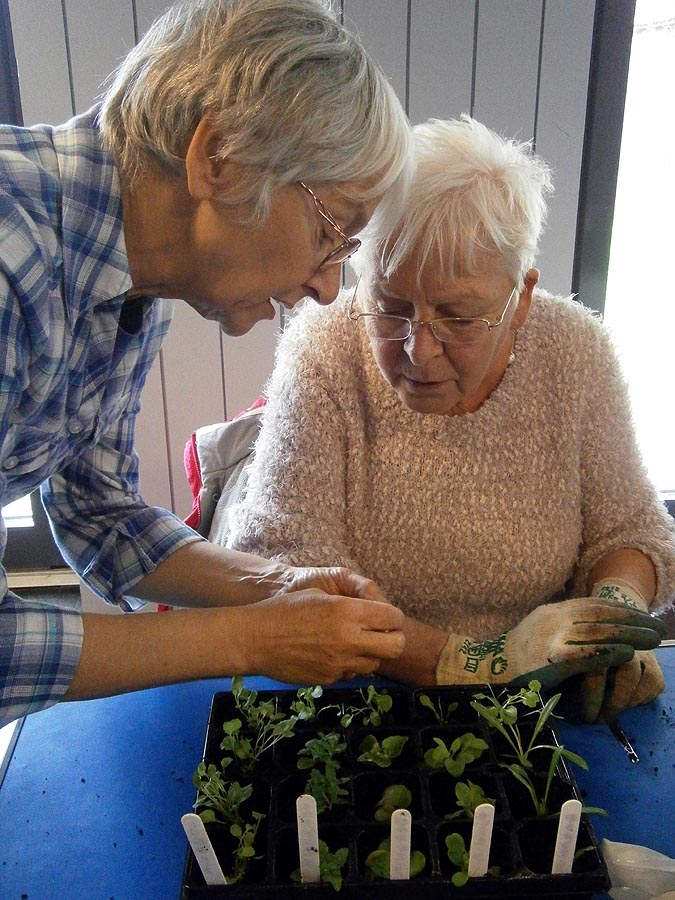 So why should people come along to the Garden Club? “They can come along for the friendship and sociability of the group. Everybody’s very open and welcoming and  you can learn tips from me.  If you’ve ever wondered why you do things in one way and never quite known why I can explain why. Don’t think that everybody knows a lot in the group. They are all at different levels so even if you are a complete beginner don’t think that somebody is going to look down on you because you don’t know very much they won’t.  it’s a group for sharing. So come along for that. We have tea and biscuits and sometimes even cake! In fact life with out cake is like a day without sunshine in my eyes anyway!!” said Christine.

The Garden Club takes place the first Wednesday of each month at The Tithe Barn, High Street, Shirehampton from 2pm  – 4pm on 6th May, 10th June, 8th July during the summer. Cost is £3.50 per session.